WHAT COULD YOU BUILD?

Let Forterra help your college to lay the
foundations for great skills.

Forterra is offering further education colleges the chance to transform their workshops into Construction Hubs.

Successful colleges will receive a donation of 12,000 London Bricks, branded merchandise, and the chance for their most outstanding student or apprentice to receive £500 worth of industry-leading tools.

Forterra is getting behind the Government’s careers strategy to help plug skills gaps by forging links between education and industry to support young people as they step onto the construction industry ladder. Our aim is to help inspire the workforce of the future to make a positive contribution to UK productivity.

Applications to become a Forterra Construction Hub are now closed. Please bookmark this page as we shall be keeping it updated with all the latest news and information from the successful colleges.

Workshops with the wow factor

Becoming a Forterra Construction Hub will give a lift to your resources and brighten up your workshops with:

Put your college on the map

Improve your employer engagement through links to one of the largest manufacturers of building products in the UK.

Enhance the profile and prestige of your department within the college and in the wider community. A boost to your reputation could help with student recruitment and increase numbers on college construction programmes.

Help to give your students the edge through exposure to employment settings and skilled individuals with current industry knowledge and expertise.

Links with industry will boost your students’ CVs and enable them to get a head start in the world of work.

HELPING TO BUILD CAREERS IN CONSTRUCTION

London Brick has been the original choice for professional builders since 1877, with its distinctive ‘frog’ design making it easier to cut, handle and lay.

Used in approximately 23% of England’s housing stock, it is made from raw material millions of years old, the excavation of which has changed the landscape, created thousands of jobs, helped in the construction of some of our most recognisable buildings, and even created a wildlife reserve. Read more

London Brick has been the original choice for professional builders since 1877, with its distinctive ‘frog’ design making it easier to cut, handle and lay.

Used in approximately 23% of England’s housing stock, it is made from raw material millions of years old, the excavation of which has changed the landscape, created thousands of jobs, helped in the construction of some of our most recognisable buildings, and even created a wildlife reserve.

London Brick has long been associated with economic re-generation. From the construction of the railways in the 19th century, to meeting the post-war housing crisis head-on, the brand has been integral to UK industrial strategy throughout its lifecycle.

The styles and colours in its range are designed to match the five million homes built using London Bricks, as owners look to improve and extend their homes. 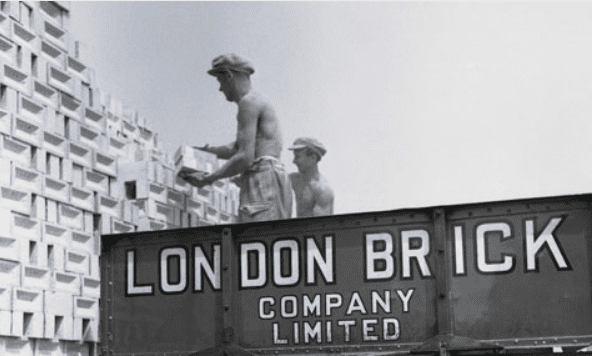 Click here for a brief history of London Brick

WHAT COULD YOUR STUDENTS AND APPRENTICES BUILD WITH 12,000 BRICKS?

Colleges that become exclusive Forterra Construction Hubs will take delivery of a donation of bricks for their own use. All you need to do is tell us how you will use the bricks and how students will benefit.

Our panel of experts will judge the best ideas and up to six colleges will be selected and notified by 6 pm on 6th April 2022.

In addition, Construction Hubs will benefit from the latest brickwork expertise and an insight into careers within the industry through site visits and visiting speakers.

What we’re doing to plug the bricklaying skills gap

The skills gap in the UK labour market has been
well documented over recent times. Construction
is one of the hardest hit industries, with the double
impact of Brexit and Covid-19 resulting in many
EU migrant workers choosing to leave the UK.

We use cookies on our website to give you the most relevant experience by remembering your preferences and repeat visits. By clicking “Accept”, you consent to the use of ALL the cookies.
Cookie settingsACCEPT
Manage consent

This website uses cookies to improve your experience while you navigate through the website. Out of these, the cookies that are categorized as necessary are stored on your browser as they are essential for the working of basic functionalities of the website. We also use third-party cookies that help us analyze and understand how you use this website. These cookies will be stored in your browser only with your consent. You also have the option to opt-out of these cookies. But opting out of some of these cookies may affect your browsing experience.
Necessary Always Enabled
Necessary cookies are absolutely essential for the website to function properly. These cookies ensure basic functionalities and security features of the website, anonymously.
Functional
Functional cookies help to perform certain functionalities like sharing the content of the website on social media platforms, collect feedbacks, and other third-party features.
Performance
Performance cookies are used to understand and analyze the key performance indexes of the website which helps in delivering a better user experience for the visitors.
Analytics
Analytical cookies are used to understand how visitors interact with the website. These cookies help provide information on metrics the number of visitors, bounce rate, traffic source, etc.
Advertisement
Advertisement cookies are used to provide visitors with relevant ads and marketing campaigns. These cookies track visitors across websites and collect information to provide customized ads.
Others
Other uncategorized cookies are those that are being analyzed and have not been classified into a category as yet.
SAVE & ACCEPT